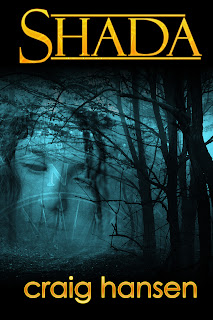 Book Blurb: If you could speak to the dead, anyone at all, who would it be?

When Jeni asked this question, Shada Emery figured it was a joke. So both she and Willow joined in the fun, naming their favorite dead celebrities.

And then there was Ember Cole.

Ember wants one more talk with her Grandpa Normie, whose death a year ago began a year of tragedy. So when Jeni suggests a camping trip into the dense woods of northwestern Wisconsin to hold a seance, Shada and Willow put off their misgivings and agree for the sake of their friend.

Ember hopes to find the answers she seeks among the dead. But sometimes the dead have their own agenda.

My review: Shada was an absorbing read about friendship, letting our friends make decisions for us and then having to deal with the fallout. Shada and her three friends--the strong-willed Jeni, the melancholy Ember, and science nerd Willow--are close and Jeni invites them to a sleepover in the woods for a seance. Jeni lives on Reservation lands and when the girls trudge out to the camp site, they soon learn about the history of the place. Shada, like Jeni, is Native American, and understands Jeni when she speaks in Lakota, really putting on a show for her friends. But when a cool breeze starts up and twigs begin snapping in response to questions, the girls have to wonder what is really going on?

This novella is a fast read and the author handles the dialogue of seventh graders quite well (Willow is a year younger than her friends). There were a few instances when I thought Shada, our first-person narrator, sounded older when she used worn expressions. The story had an endearing charm about it--a combination of the feel of old-fashioned ghost stories combined with the complexities of modern day friendship in a technological age. The girls were not the usual norm, they were unique individuals and I especially enjoyed their camaraderie. It was touching to see the three friends want to help Ember smile again after she witnessed the death of her Grandpa Normie (not an actual relation, a friend of her grandmother's) a year before, then watched as her beloved grandmother fell into depression and suffered from Alzheimer's.

Holding a seance on ancient burial grounds was incredibly spooky and Craig Hansen skillfully crafted these chilly scenes, especially when one of the girls wanted to speak to Johnny Cash and when Jeni pulls out a Ouija board. I would have liked a tiny smattering of ominous descriptions during these dialogue-heavy scenes simply to create more suspense, but then I enjoy creepy stories.

Shada asks the question of what happens when fake becomes true. By the mysterious way this novella ended, I am curious to see what happens between her and Ember after Shada has to move away. Will the Shoshoni word Sacagawea's ghost utters through Jeni--"pakuitah--somehow play a greater role? I'll have to wait and see next year when the next story, Ember, is published.

Favorite excerpt: ""Hold on," Willow said as soon as she recognized the board.

"It's a tool, nothing more," Jeni said. She shrugged her shoulders. "I mean, what's the difference?"

Jeni laughed. "Demonic? Are you kidding me? You're the girl who doesn't believe in God, but you think a piece of plywood with some letters on it and a plastic pointer is demonic?"

"I know what I know," Willow said, a stubborn, defensive tone entering her voice. "Seriously, this is not cool."

"Then tell me why," Jeni pressed."

Rating: I liked it.

Cover comment: This cover is okay, too much black for me. The graphic could be bigger and the title reduced.

Book source: From the author for my honest review during a book tour. 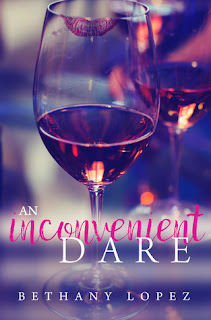